People who do not have strong self-esteem always blame their happiness and others for their failure. If you want to learn how to reach the peak of success in spite of adversity and adversity, then you need to read about Balvant Parekh, “India’s Fevcol Man”. 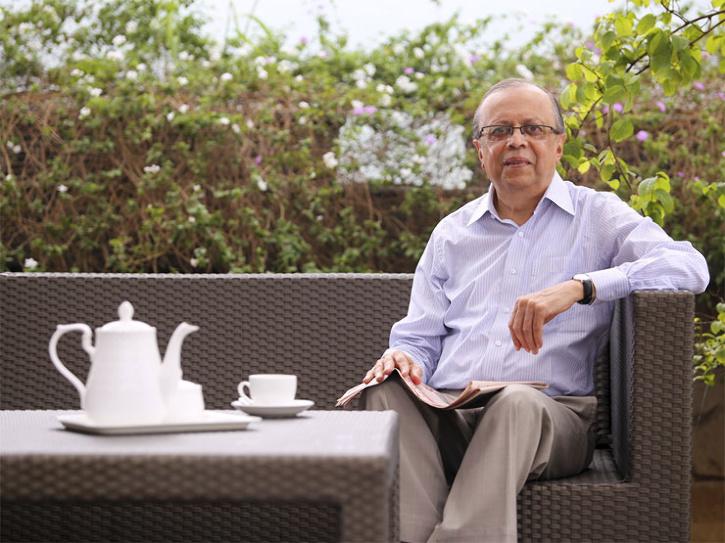 Balvant Parekh was one of the first generation entrepreneurs in post-independence India who helped strengthen the post-independence economic situation. Today the company founded by Balvant Parekh in 1959 has annual sales of billions. But Parekh’s initial journey to build Pidilite Industries was fraught with struggle and hardship. Today we hear about the journey of a man who came from a humble background but became the 45th richest Indian according to the 2013 Forbes list.

Balvant Parekh was born in the small town of Mahuva in the Bhavnagar district of Gujarat. Following Gujarati’s trend, Balvant also wanted to become a businessman, but his parents wanted him to study law and become a lawyer. After great family pressure, Balvant Parekh moved to Mumbai to study law at Government Law College in Mumbai.

Participation in the Quit India movement 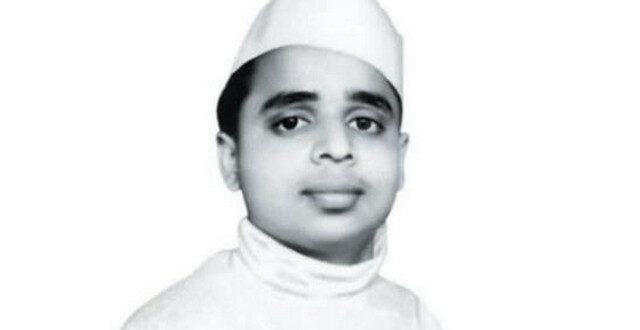 Balvant Parekh studied at Government Law College in Mumbai. It was the time when almost the whole country was shaped by Mahatma Gandhi’s thoughts. Since many of the younger generation took part in the Quit India movement, Balvant Parekh also jumped into the movement and broke off his studies in the middle. After staying in his hometown of Gujarat and participating in various social activities for the independence of India, he later returned to Mumbai to complete his education.

Studied but not endorsed the legal profession

Balvant Parekh’s father wanted him to become a legal expert like his grandfather. But it wasn’t something he wanted to achieve in life. His thoughts were on making it big in the city of dreams – Mumbai. He wasn’t a business student and had no family backing either, but he drew wealth through his hard work and built a larger than life brand. Despite graduating from law school and passing the bar exam, he was very uncomfortable with the bundle of lies that came with the job and he quit despite opposition from his family.

Without a job, Balvant was married to Kantaben and soon faced financial burdens. In order to earn a living in Mumbai, he first worked in a dye and printing works and later joined a wood trading office as a peon.

It was a difficult situation for him as he had to make a living and survive without any support. During those days Balvant was living with his wife in a friend’s warehouse. Peon’s job wasn’t working for him and he was looking for a better opportunity and it was here that he had started socializing and started supplying the appropriate business people with a list of import-export items. One of these contacts gave Balvant the opportunity to go to Germany. During his trip abroad, he learned the tips and tricks of the business that later benefited from.

When was Fevicol founded?

Parekh took his first big break while working for a company that represented Hoechst in India. Later, in 1954, he finally started a business at Parekh Dyechem Industries in Jacob Circle in Mumbai. It was here that Balvant Parekh and his brother Sushil Parekh began producing pigment emulsions for textile printing. 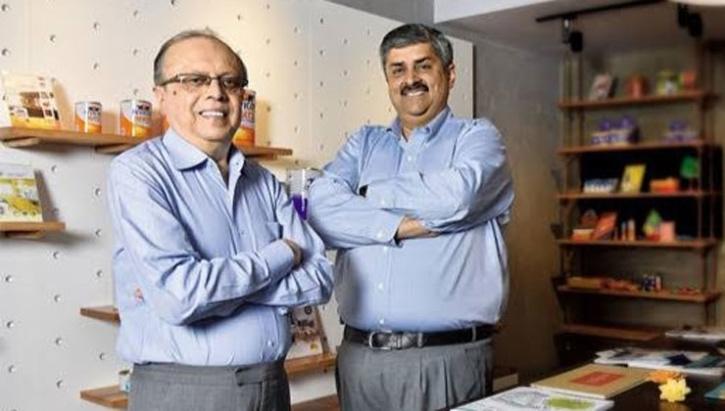 Pidilite was later born as an industrial chemical company in 1959, as adhesives were then sold unbranded. Since then, Fevicol has become synonymous with glue and Indian carpenters swear by it. Starting with just a small business and manufacturing a single product, Fevicol Pidilite Industries soon enjoyed success in the Indian market when Fevcol successfully established a monopoly in the adhesives sector. After that, Pidilite launched two more products, Feviquick and M-Seal, which each built up around 70 percent market share and made Pidilite the well-known and leading brand for adhesives in the country.

The company’s consumer goods division was founded in 1984 and in 1989 the company entered the Fevicryl Acrylic Colors transformation of fabrics and multi-surface paintings market. Fevicol, the company’s leading brand, was named one of the top 15 Indian brands by the 1997 FE Brandwagon Year Book. Starting with Fevicol, Balvant Parekh’s company now manufactures more than two hundred products such as M-Seal, Fevikwik, Fevistik, Dr. Fixit and. her hobby ideas. Pidilite was the first company in India to start producing purple pigments in 1973. 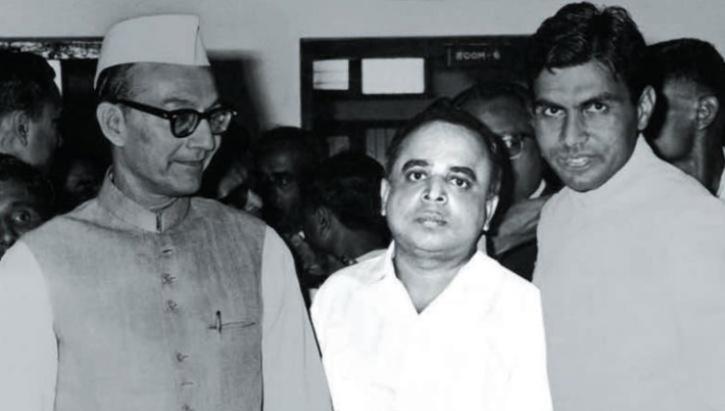 Since 2006, Pidilite Industries Limited has focused on international expansion with factories in the USA, Thailand, Dubai, Egypt and Bangladesh. Pidilite also built a research center in Singapore.

A big impact from Fevicol’s creative and fun commercial advertising

Almost anyone who has spent their time in front of the TV screen in the 90s cannot forget about the exceptionally fun and creative ad from Fevicol. According to his son Madhukar, who took over Pidilite as managing director in 1992, the company’s consumer-centric personality did not begin to develop until the 1970s. At this point, the company took a cautious step in promoting its adhesives under the Fevicol brand. The first was in the 1970s when some ads were running on Doordarshan. The brand’s elephant symbol was also created under the direction of the advertising agency Ogilvy and Mather (O&M).

Balvant Parekh always believed that if you pursue your dreams with passion and enthusiasm, no milestone is far away. As well as being an entrepreneur, Balvant had done a lot of social work. Balvant had supported the establishment of an Arts and Science College in Mahua, Gujarat. He donated 20 million rupees to Bhavnagar’s Science City project and also donated to Gujarati Sahitya Parishad. In 2009 Balvant founded the Balvant Parekh Center for General Semantics and Other Human Sciences in Baroda Gujarat, India. 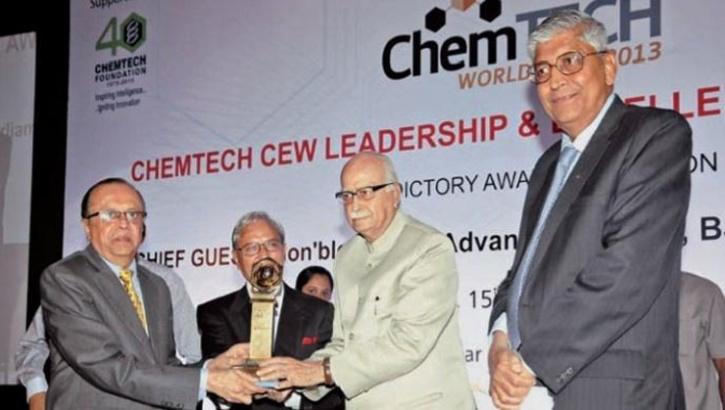 On October 28, 2011, the Institute of General Semantics in Texas presented BKP with the prestigious J Talbot Winchell Award, making it the first Asian to receive this honor. Parekh passed away in 2013 at the age of 88 at number 45 on Forbes Asia’s India Rich List with a family fortune of $ 1.36 billion.

Balvant Parekh’s path from nobody to “India’s Fevicol Man” and one of the greatest industrialists motivates us to become the best version of ourselves.

✅ What are the Government Jobs available in India?

✅ How can I apply for government jobs online?

✅ What is the age eligibility for Government Jobs?

Age Relaxation: 05 years for SC / ST, 03 years for OBC and plus 10 years for Persons with Disabilities.

✅ What is the minimum Qualification for Government Jobs?

✅ Which government job is easy to get in India?

Railway, Teaching and Banking Government Jobs are easy to apply and get this job easily.  Most of the state and central govt vacancies opening in Lower Level (Group C, Group D) and Middle Level Management posts. The Middle and Lower Level posts selection based on Written / Online Examination only or Test with Interview.

✅ Why government jobs are the best in India?

Government Jobs are most secured, respect and prestigious jobs in India. If you employed in Central or State Government Sectors, your life has been settled. Govt sector jobs like Banking, Railway and PSU has continue to provide all benefits like medical, home loan, travel and Retirement benefits etc.